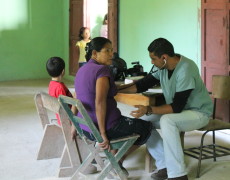 On June 20, early in the morning the clinic staff along with Matt Troyer, Julian (the Holiness pastor from Matazano), and Jassyr Reyes (a close friend from Erandique who is just ready to start his intern for MD) left bright and early for Valle de la Cruz for a medical brigade. Valle de la Cruz is a village of Erandique located about an hour and a half drive, or a four hour walk, down from the town of Erandique. This area is one of the “forgotten” villages of Erandique. A lot of the government aid that comes in goes to the villages “up the mountain” with little in comparison being done for the villages “down the mountain”. This area is hot (in comparison to Carrizal) and the land is a lot more rocky. There is a little corn and beans grown with cattle being the main commerce. A couple years ago the Holiness pastors had started evangelizing this area and a few people made commitments to Christ, but, unfortunately, the pastors were not able to keep up with discipling these converts. May of last year we decided to have a brigade in Valle de la Cruz as it is remote and, according to the locals, no government or foreign group had ever been there before for medical aid. Last year the final 3 kilometers took 20 minutes to drive and some spots would have been impassable without 4-wheel drive. These 3 kilometers were recently graded and this time we entered without using 4-wheel drive! 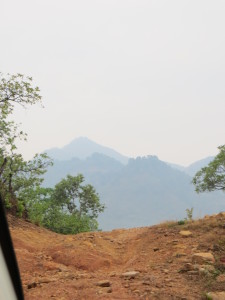 We arrived at the school a few minutes after seven and few people were already there waiting for us. We quickly unloaded our trucks and set up to begin our day. I told the teachers when we planned the brigade that we would limit the number of patients to 200. 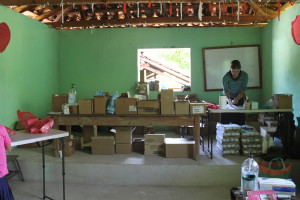 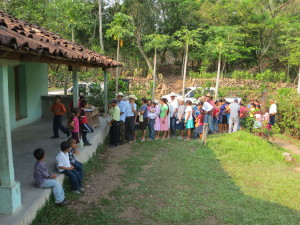 Dr Luis, Jassyr, and I started seeing patients around 8 o’clock. An hour or two later when I checked the stack of files waiting for us I realized we already had well over 100 people signed up! Some time soon after we started, Chepino and a few of the young men from Peña Blanca arrived to help Julian with evangelizing. 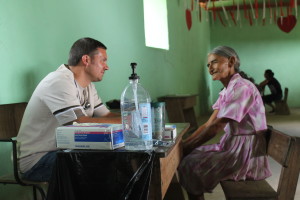 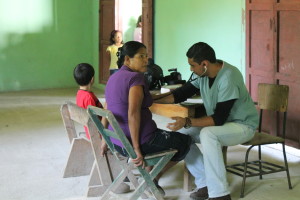 Usually in a brigade the people are not that “sick”, just cold symptoms, vomiting, diarrhea, parasites, etc. However, each of us usually has at least one patient that will jolt us out of the routine! There was a patient with a grade three heart murmur and an arrhythmia, another with a mild/moderate COPD crisis, two patients with hypertensive crises. The last hypertensive crisis was a patient who had had a stroke 2 years ago and ran out of his/her blood pressure medication 10 days ago. We saw a total of 151 patients in a little over seven hours. 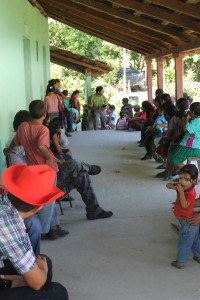 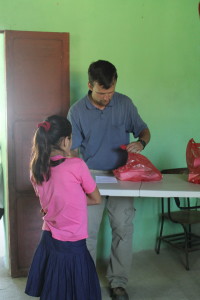 God’s Word also seemed to be well received. On the way home Julian told me there were several young people who made a commitment to Jesus Christ, one older man, and another young man who re-dedicated his life to Jesus! When the young man asked him where they could go to church (there are no evangelical churches in this area) he told them,”You have each other. Get together and read God’s Word together.” Who will pray for these people? Who will go disciple them? Julian and Dannie hope to go back next week to follow up and do some more evangelizing. Please join us in prayer that God’s Word will continue to bring forth fruit in Valle de la Cruz and that God’s laborers would go forth into the harvest.